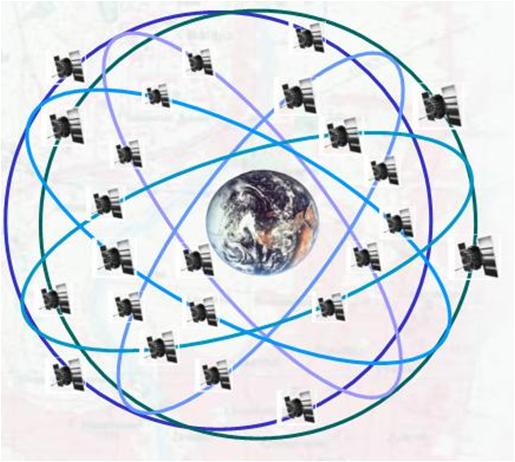 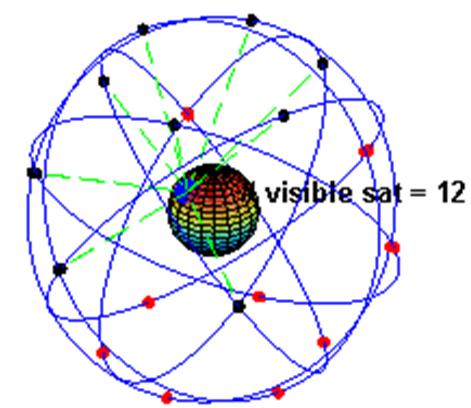 Each of the 24 satellites emits signals to receivers that determine their location or range by computing the difference between the time that a signal is sent and the time it is received. The signal contains data that a receiver uses to compute the locations of the satellites and to make other adjustments needed for accurate positioning.

The receiver must account for propagation delays, or decreases in the signal's speed caused by the ionosphere and the troposphere. GPS satellites carry atomic clocks that provide extremely accurate time. The time information is placed in the codes broadcast by the satellite so that a receiver can continuously determine the time the signal was broadcast. With information about the ranges to three satellites and the location of the satellite when the signal was sent, the receiver can compute its own three-dimensional position. An atomic clock synchronized to GPS is required in order to compute ranges from these three signals. However, by taking a measurement from a fourth satellite, the receiver avoids the need for an atomic clock. Thus, the receiver uses four satellites to compute latitude, longitude, altitude, and time.

Introduction to GeoInformatics - Branches and Applications