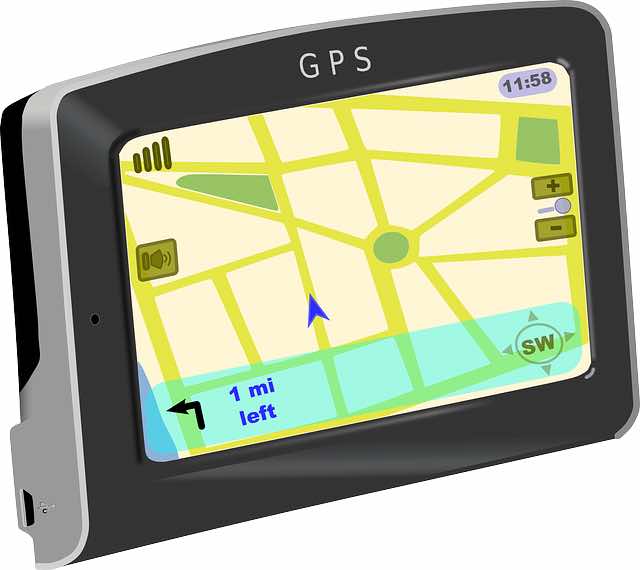 Let the GPS receiver receive signals from 4 satellites, then there are two cases:

The satellites are at 90° to each other w.r.t the GPS receiver. For demonstration purpose we will take 2 satellites. The possible positions are marked by the light green circles. The point of intersection of the two circles is a rather small, more or less quadratic field (dark green), the determined position will be rather accurate.

The satellites are not at 90° to each other w.r.t the GPS receiver, the possible intersection area of the two circles is rather larger hence less accurate.

Slight shifts of the orbits are possible due to gravitation forces 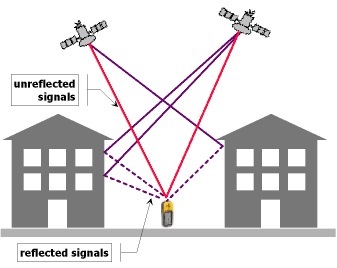 As the GPS signal finally arrives at the earth’s surface, it may be reflected by local obstructions before it gets to the receiver’s antenna. This is called multi-path error as the signal is reaching the antenna in single line path as well as delayed path. The effect is similar to a double image on a tv set.

The multipath effect is caused by reflection of satellite signals (radio waves) on objects. For GPS signals this effect mainly appears in the neighborhood of large buildings or other elevations. The reflected signal takes more time to reach the receiver than the direct signal. The resulting error typically lies in the range of a few meters.

The GPS signals have to travel through charged particles and water vapors in the atmosphere which delays its transmission. Since the atmosphere varies at different places and at different times, it is not possible to accurately compensate for the delays that occur. 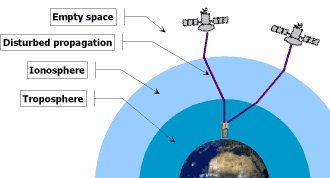 While radio signals travel with the velocity of light in the outer space, their propagation in the ionosphere and troposphere is slower. In the ionosphere (consisting of layers) in a height of 80 – 400 km a large number of electrons and positive charged ions are formed by the ionizing force of the sun. The layers refract the electromagnetic waves from the satellites, resulting in an elongated runtime of the signals. Since the Electromagnetic waves emit in form of a sphere, therefore, Inverse square law is employed and the waves are slowed down inversely proportional to the square of their frequency (1/f2) while passing the ionosphere. The reasons for the refraction in troposphere are different concentrations of water vapors, caused by different weather conditions. The error caused that way is smaller than the ionosphere error, but cannot be eliminated by calculation. It can only be approximated by a general calculation model.