The Global Positioning System (GPS), also known as Navstar GPS or simply Navstar, is a global navigation satellite system (GNSS) that provides geolocation and time information to a GPS receiver in all weather conditions, anywhere on or near the Earth where there is an unobstructed line of sight to four or more GPS satellites. The GPS system operates independently of any telephonic or internet reception, though these technologies can enhance the usefulness of the GPS positioning information. The GPS system provides critical positioning capabilities to military, civil, and commercial users around the world. The United States government created the system, maintains it, and makes it freely accessible to anyone with a GPS receiver. However, the US government can selectively deny access to the system, as happened to the Indian military in 1999 during the Kargil War. 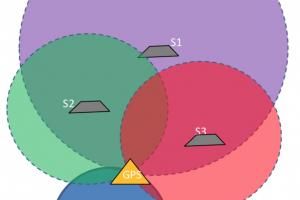 A GPS receiver calculates its position by precisely timing the signals sent by GPS satellites. The receiver uses the messages it receives to determine the transit time of each message and computes the distance to each satellite. The GPS receiver with the help of the satellites determine: Time (t) Longitude(x) Latitude(y) Altitude (z) 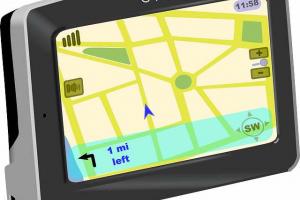 Slight inaccuracies in time keeping by the satellites can cause errors in calculating positions. Satellites drift slightly from their predicted orbits which contributes to errors. Let the GPS receiver receive signals from 4 satellites, then there are two cases: The satellites are at 90° to each other w.r.t the GPS receiver. For demonstration purpose we will take 2 satellites 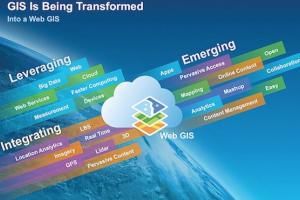 Integration of GPS and GIS for use in Urban Planning

GPS are becoming very effective tools for GIS data capture. The GIS user community benefits from the use of GPS for location data capture in various GIS applications. The GPS can easily be linked to a laptop computer in the field, and with appropriate software. Thus GPS can help in several aspects of construction of accurate and timely GIS databases. GIS is about 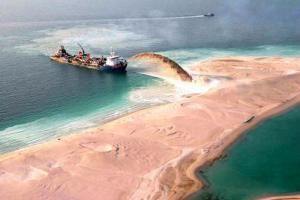 5 Km into the Persian Gulf, lie the Palm Islands, Dubai. Palm Jumeirah can even be seen from space. It is the biggest man made island in the world. Dubai is one of the richest places in the world, having size twice that of London. By 2016 oil is believed to be finished in Dubai, hence thrashing its economy to ground. Dubai must find a new source of income. The Crown Prince
GPS, Processes, Urban Planning
By Haseeb Jamal - Feb 18, 2017

Working Mechanism and Components of GPS

Each of the 24 satellites emits signals to receivers that determine their location or range by computing the difference between the time that a signal is sent and the time it is received.