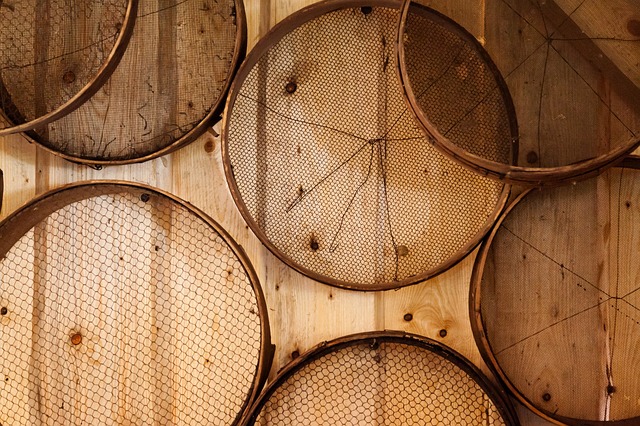 The grain size characteristics of soils that are predominantly coarse grained are evaluated by a sieve analysis. A nest of sieves is prepared by stacking test sieves one above the other with the largest opening at the top followed by sieves of successively smaller openings and a catch pan at the bottom. Opening mesh sizes of commonly used sieves are shown in table below.

A sample of dry soil is poured onto the top sieve, the nest is covered, and it is then shaken by hand or mechanical sieve shaker until each particle has dropped to a sieve with openings too small to pass, and the particle is retained. The cumulative weight of all material larger than each sieve size is determined and divided by the total sample weight to obtain the percent retained for that sieve size, and this value is subtracted from 100% to obtain the percent passing that sieve size. Results are displayed by plotting the percent passing (on a linear scale) against the sieve opening size (on a log scale) and connecting the plotted points with a smooth curve referred to as a grain-size distribution curve. 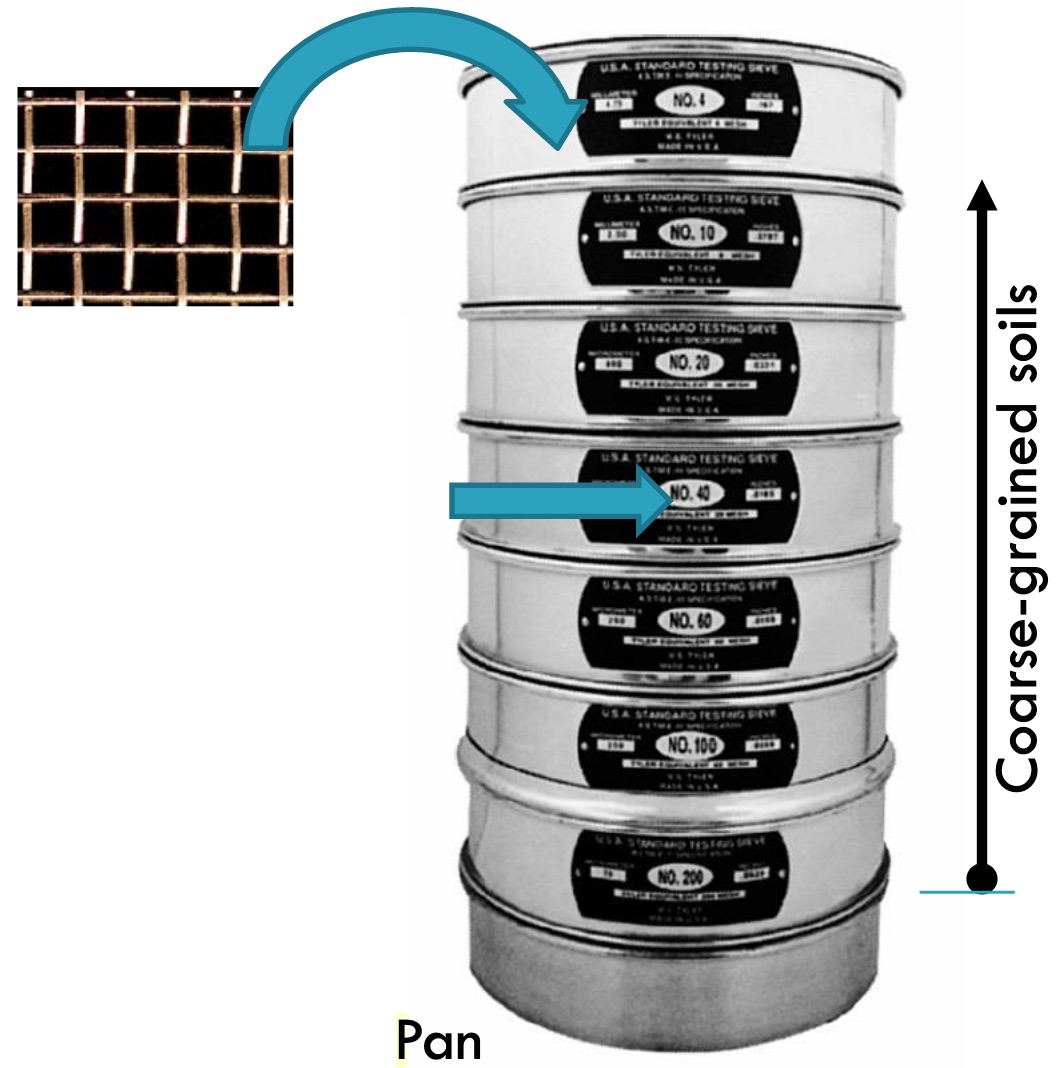 In Sieve analysis the notation Dxx refers to the size D, in mm, for which xx percent of the sample by weight passes a sieve mesh with an opening equal to D. The D10 size, sometimes called the effective grain size, is the grain diameter for which 10% of the sample (by weight) is finer.

It is determined from the grain size distribution curve at the point where the curve crosses a horizontal line through the 10% passing value on the y axis. Other D sizes are found in a similar manner. The D50 size, called the median grain size, is the grain diameter for which half the sample (by weight) is smaller and half is larger. Two parameters are used to describe the general shape of the grain-size distribution curve.

The shape, size and distribution of particles in a soil influence:

Effective particle size (D10) is the average particle diameter of the soil at 10 percentile; that is, 10% of the particles are smaller than this size (diameter).

Uniformity coefficient (Cu) is a numerical measure to help interpret  the distribution of particle sizes.

Coefficient of  curvature (Cc) is another numerical measure to help interpret  the distribution of particle sizes. 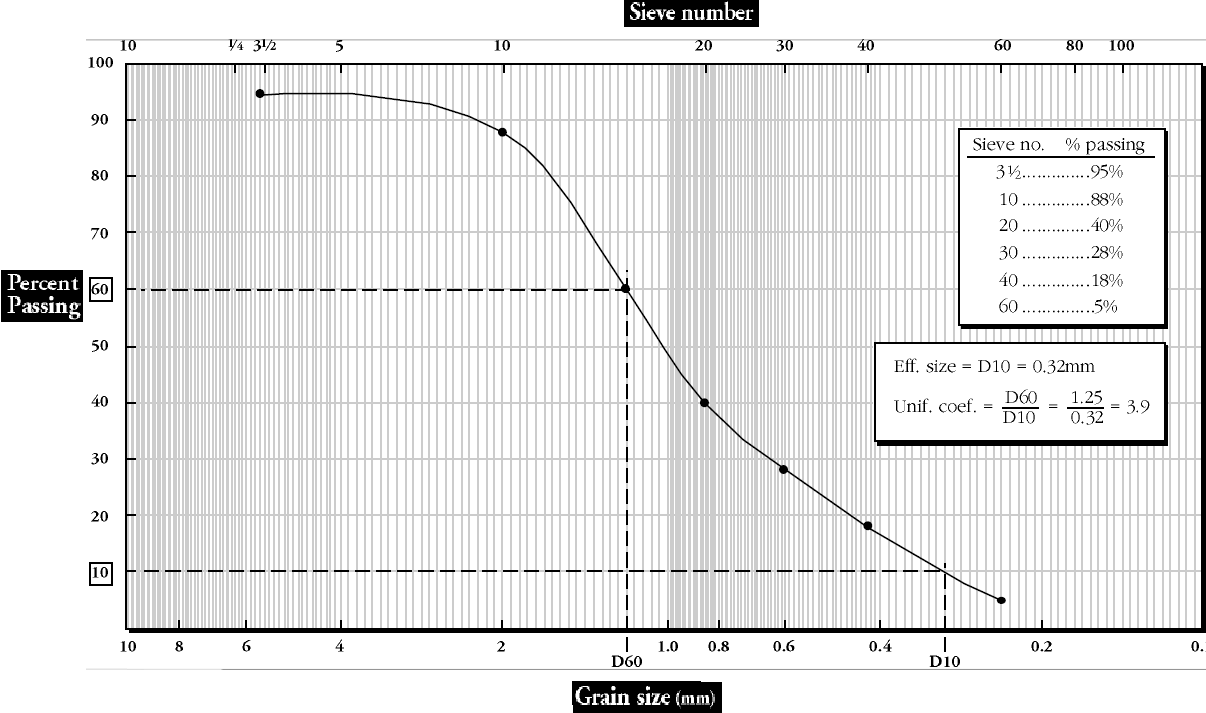