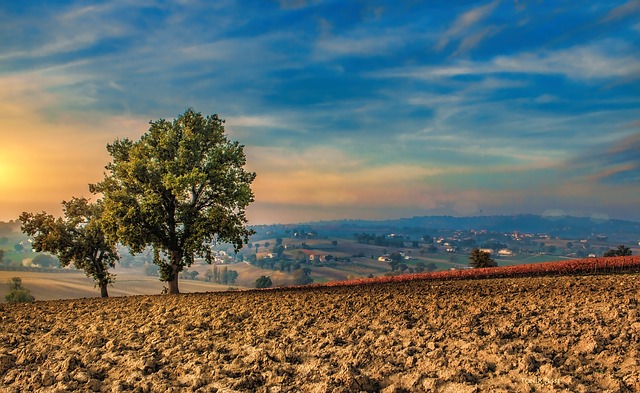 If the un-drained shear strength is approximately constant with depth, then sigma a=c and F = 0 For F = 0, the bearing capacity factors are Nc = 5.5, N ? = 0 and Nq = 1 (Put these values in Terzaghi's bearing capacity equation)

Also, because the ultimate bearing capacity does not increase with footing width for saturated plastic soils, there is often no increase allowed for an increase in footing width. In some cases, it may be appropriated to use total stress parameters "c" and "F" in order to calculate the ultimate bearing capacity [For example, a structure such as an oil tank or grain elevator could be constructed and the sufficient time elapses so that the saturated plastic soil consolidates under this load. If an oil tank or grain elevator were then quickly filled, the saturated plastic soil would be subjected to an un-drained loading.]

This condition can be modeled by performing consolidated un-drained tri-axial tests (ASTM 4767-02, 2004) in order to determine the total stress parameter (c & F). Based on F value, the bearing capacity factors would be obtained from figure; and then the ultimate bearing capacity would be calculated from equation 1. If site consists of two layers of cohesive soil having different shear strength parameters/properties; Calculate the ratio of the un-drained shear strength of layer 2 to the un-drained shear strength of layer 1 i.e.

The effective stress analysis uses the drained shear strength (c' & F') of the plastic soil. The drained shear strength could be obtained from tri-axial compression tests. This analysis is termed as long term analysis because the shear induced pore water pressure from the loading have dissipated and the hydrostatic pore water conditions now prevail in the field. Because an effective stress analysis is being performed the location of the ground water table must be considered in the analysis.

Firm to stiff plastic soils are intermediate condition. The ORC and the tendency of the saturated plastic soil to consolidate (gain shear strength) will determine whether the short term condition or the long term condition provides the lower bearing capacity. Bearing capacity analysis for granular soils Granular soil does not liquefy, but rather there is a reduction in shear strength due to an increase in pore water pressure.

Examples include sands and gravels that are below the ground water table and have a factor of safety against liquefaction is greater then 2 the earthquake induced excess pore water pressure will typically be small enough that its effect can be neglected. Using the Terzaghi's bearing capacity equation and an effective stress analysis and recognizing that sands and gravels are cohesion less (i.e. c' = 0) Terzaghi's bearing capacity equation

For shallow foundations, it is best to neglect the second term (?t Df Nq) in equation 2. This is because the term represents the resistance of soil located above the bottom of the footing, which may not be mobilized for punching shear failure. So, Qult = 1/2 ?t BN?