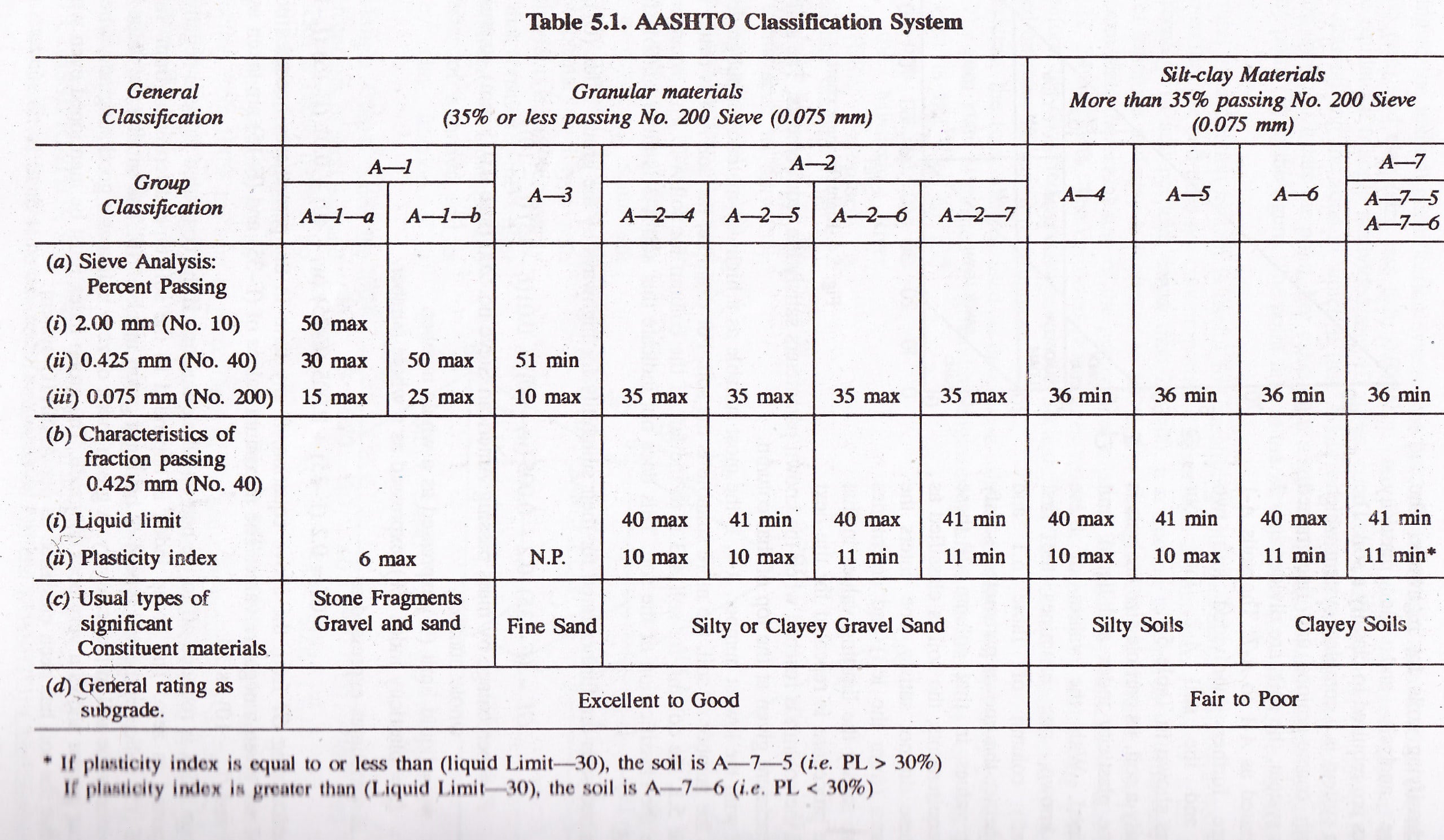 Besides Soil Classification on other criteria, the AASHTO Soil Classification System classifies soils into seven primary groups, named A-1 through A-7, based on their relative expected quality for road embankments, sub-grades, sub-bases, and bases. Some of the groups are in turn divided into subgroups, such as A-1-a and A-1-b. Furthermore, a Group Index may be calculated to quantify a soil’s expected performance within a group. To determine a soil’s classification in the AASHTO system, one first determines the relative proportions of gravel, coarse sand, fine sand, and silt-clay.

In the AASHTO Soil Classification System:

Secondly, if any fines are present, Atterberg limits are determined and the plasticity index is calculated. A soil is a granular material if less than 35% of the soil by weight passes the No. 200 sieve (#200). Granular materials are classified into groups A-1 through A-3. Soils having more than 35% passing the No. 200 sieve are silt-clay and fall in groups A-4 through A-7. Having the proportions of the components and the plasticity data, one enters one of the two alternatives AASHTO classification tables and checks from left to right until a classification is found for which the soil meets the criteria. It should be noted that, in this scheme, group A-3 is checked before A-2. Soils classified as A-1 are typically well-graded mixtures of gravel, coarse sand, and fine sand. Soils in subgroup A-1-a contain more gravel whereas those in A-1-b contain more sand.