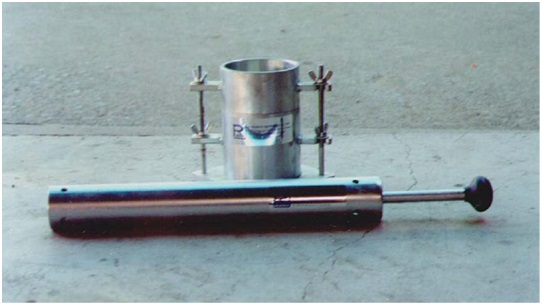 In Standard Compaction Test the soil is compacted into a mould in 3 - 5 equal layers, each layer receiving 25 blows of a hammer of standard weight. The apparatus is shown in Figure 1 above. The energy (compactive effort) supplied in this test is 595 kJ/m3. The important dimensions are:

Because of the benefits from compaction, contractors have built larger and heavier machines to increase the amount of compaction of the soil. It was found that the Standard Compaction test could not reproduce the densities measured in the field and this led to the development of the Modified Compaction test.

In Modified Compaction Test the procedure and equipment is essentially the same as that used for the Standard test except that 5 layers of soil must be used. To provide the increased compactive effort (energy supplied = 2072 J/m3) a heavier hammer and a greater drop height for the hammer are used. The key dimensions for the Modified test are: 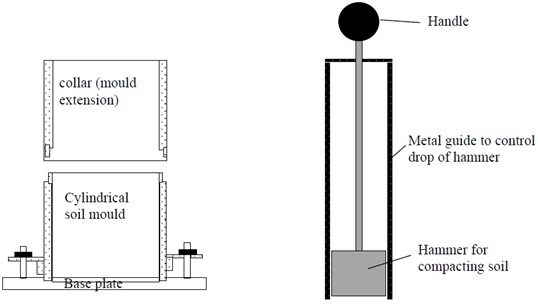