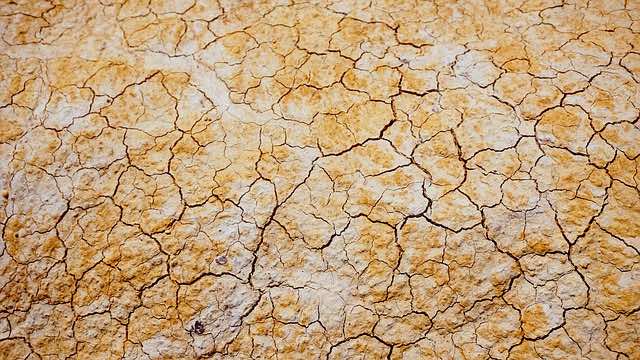 Soil formation process is influenced by the following factors:

It refers to the unconsolidated mineral material or organic material from which the soil is formed. Soils will carry the physical and chemical characteristics of its parent material such as color, texture, structure, mineral composition and so on. For example, if soils are formed from an area with large rocks (parent rocks) of red sandstone, the soils will also be red in color and have the same feel as its parent material. The rate of soil formation is also influenced by the parent material.

It is one of the most important factors Affecting Formation of Soil. Climatic components like temperature and rainfall / precipitation are the major contributing factors influencing the effect of climate. These components affect the amount of vegetation and forest cover as well as human/animal activity in the area. The climate of an area also affects the weathering process which affects the soil formation process and speed.

The shape of the land surface, its slope and position on the landscape, greatly influence the kinds of soils formed. The soil formation is also affected by surface runoff or depth to water table. Soils that developed on higher elevations and sloping areas are generally excessively drained or well drained. Steep, long slopes mean water will run down faster and potentially erode the surfaces of slopes. Permeability of the soil material; as well as the length, steepness, and configuration of the slopes, influence the kind of soil that is formed in an area.

All living organisms including bacteria, fungi, vegetation, humans and animals actively influence the process of soil formation. Some types of micro-organisms promote acid conditions and change the chemistry of the soil which in turn influences the type of soil forming processes that take place. Microbial animals decompose organic materials and return the products of decomposition to the soil. Animal droppings, dead insects and animals result in additional decaying organic matter. Microorganisms also help with mineral and nutrient cycling and chemical reactions. Earthworms and burrowing animals mix the soil and change its physical characteristics. They generally make the soil more permeable to air and water. Their waste products cause aggregation of the soil particles and improve soil structure.

Man's activities like cultivation, plow layer, use of fertilizers, irrigation and drainage practices also greatly affects the chemical and physical properties of the soil and its formation process.

Time for all these factors to interact with the soil is also a factor. The formation of soils is a continuing process and generally takes several thousand years for significant changes to take place.  These soil forming factors continue to affect soils even on “stable” landscapes. Materials are deposited on their surface, and materials are blown or washed away from the surface. Additions, removals, and alterations are slow or rapid, depending on climate, landscape position, and biological activity.

The degree of aging depends on the intensity of the other four soil-forming factors. Factors that slow soil formation include: