In order to produce an accurate map from aerial photograph it is absolutely necessary to established ground control. It consists in locating the positions of a no of pts. All over the area to be surveyed det their levels. These control pts short be such that can be easily identified on the photographs. Horizontal control is established by tiring or traversing. Vertical control is established through the use of ‘aneroid barometers’ or ‘Altimeters’

The practical uses of air photography are unlimited. Some of the application are listed below:

Tunnels are constructed in order

Chief considerations in location of a tunnel are

The proposed route having been decided upon, the following pts require consideration.

Control surveys for tunnel layouts are performed on ht surface joining the terminal pts of the tunnel is shown in figure (1). 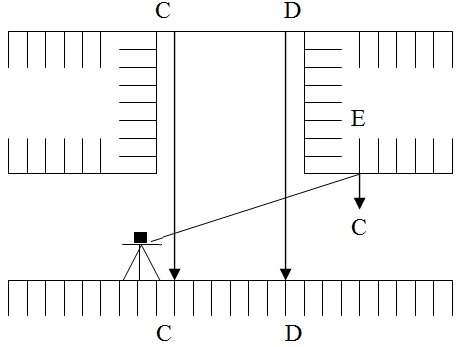 Transferring the alignment under ground:

This is the most difficult and important operation in setting out a tunnel.

Leveling on the surface is done in the usual way and the levels are transfer underground at the ends of the tunnel from the nearest bench mark.

In case of transfer of levels underground at the shaft. The steps involve are 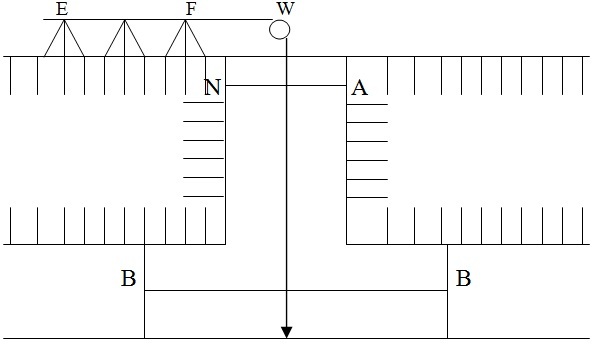 Nos = Polar axis or polar diameter about which earth rotates.

A = Any point on surface of earth

The position of a place on the earth surface is specified by latitude and longitude. The semi circle ‘NAS’ passing through A and terminates by the Poles N and S is called Meridian of the place.

The latitude angle is meared (90) at the earth center. North or south from the equatorial plane. Latitude north of equator is considered positive and that south of equator negative.

Longitude of any place ‘A’ is angle ‘LA’ measured in the equatorial plane b/t the standard meridian and the meridian through A.

The meridian NGS passing through Greenwich England has been adopted internationally as the standard meridian. This meridian divides the sphere into two hemispheres. The longitude is measured from “O” to 180 either towards east or west. The west longitude is considered as positive and the east as negative. Longitude angles are measured at the earth centre east or west from the plane of ‘O’ longitude which has been arbitrary placed through green witch England.

Hence the position of place ‘A’ is completely specified by the latitude and longitude. These two terms give unique location of any pt on the earth. This system of geographic co-ordinates is used in navigation and Geodesy.