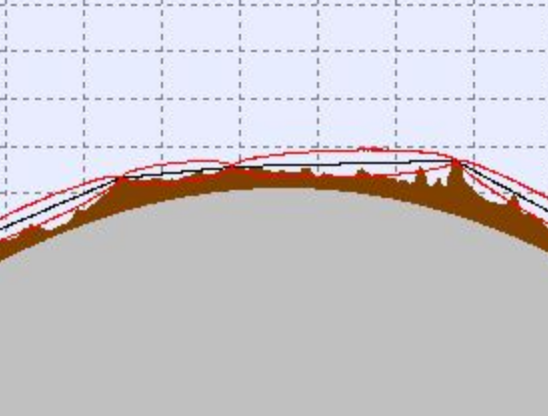 Curvature of the earth: 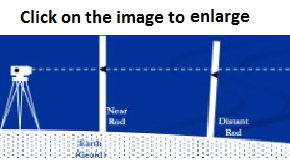 This effect makes actual level rod readings too large by:

where D is the sight distance in thousands of feet.

Effects of Curvature are:

Refraction is largely a function of atmospheric pressure and temperature gradients, which may cause the bending to be up or down by extremely variable amounts.

There are basically three types of temperature gradient (dT/dh):

The atmosphere refracts the horizontal line of sight downward, making the level rod reading smaller. The typical effect of refraction is equal to about 14% of the effect of earth curvature.

Combined Effect of Curvature and Refraction in Survey

The combined effect of curvature and refraction is approximately 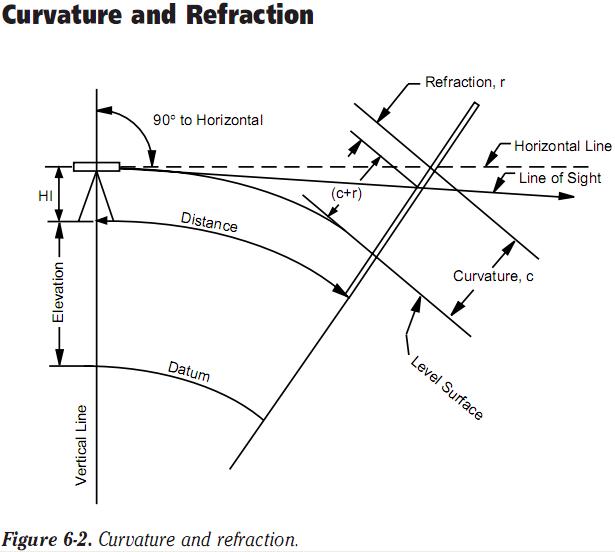 The formula for computing the combined effect of curvature and refraction is:

Where C = correction for curvature

How to eliminate error due to Curvature and Refraction