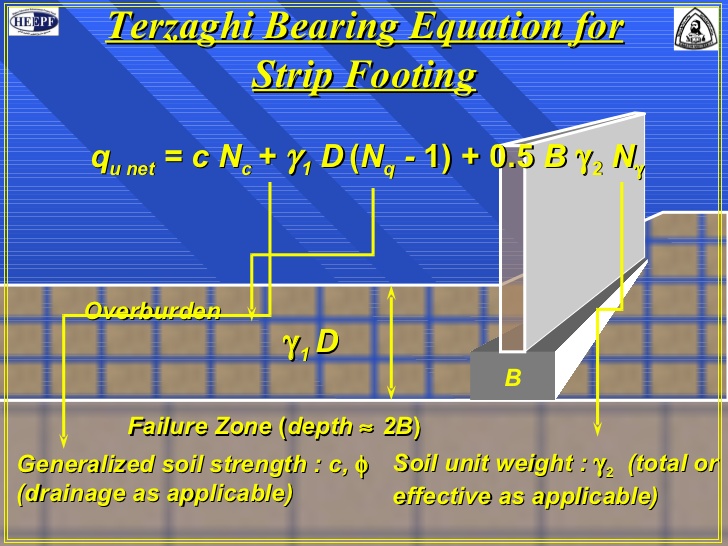 Following are the methods:

Lower bound failure states that “If an equilibrium distribution of stress can be found which balances the applied load and nowhere violates the yield criterion, the soil mass will not fail or will just be at a point of failure i.e. it will be a lower bound estimate of capacity. Consider the equilibrium conditions in soil under the footing load. When the foundation pushes into the ground, stress block 1 has principal stresses, as shown. The push into the ground however, displaces the soil on the right side of the line OY laterally, resulting in the major principal stress on block 2 being horizontal as shown. When the two blocks are adjacent to each other at the vertical line OY, then

Upper bound theorem states that “If a solution is kinematically admissible and simultaneously satisfies equilibrium failure must result” i.e. it will be an upper bound estimate of capacity. For a possible upper bound, consider failure surface as semicircle. Taking moment about O