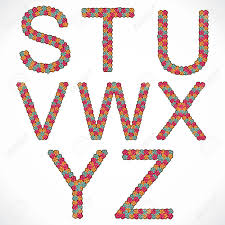 A tape is a flexible device used for measuring linear distances. There are tapes made of many materials, such as cloth, kevlar, steel, and invar. The most common tape used by surveyors is the steel tape. Standard lengths are 100 feet (for English unit surveys) or 30 meters (for SI unit surveys). Tapes are usually marked at every foot or meter. At the ends of the tape, there will be finer divisions (tenths/hundredths of a foot, or decimeters/centimeters). Tapes are called "add" tapes if the finer divisions are in a major unit beyond the ends of the regular length, e.g., beyond the zero and 100-ft marks of an English tape. If, on the other hand, the divisions are marked inside the last major units, the tape is called a "cut" tape. E.g., the decimeter/centimeter divisions are marked between the zero and one-meter marks and between the ninety-nine and one hundred meter marks.

A method used to divide an area into polygons so that all locations closest to a particular sample point are enclosed within a single polygon. The boundary lines are defined at positions equidistant between two adjacent points. Also known as Dirichlet tesselations and Voronoi polygons.

A detailed representation of cultural, hydrographic relief and vegetation features. These are depicted on a map on a designated projection and at a designated scale.

The study of the physical features of the earth.

Properties of geometric forms that remain invariant when the forms are deformed or transformed by bending, stretching or shrinking. Among the topological properties of concern in GIS are connectivity, order and neighborhood.

A permanently marked and fully documented control station whose position on the earth's surface has been established to a high accuracy both absolutely and in relative terms to other adjacent stations by means of angular or electronic distance measurement. Triangulation stations form the framework on which all survey and mapping techniques are based.

A concise method of surveying in which the stations are points on the ground located at vertices of a chain or network of triangles. The angles of the triangles are measured instrumentally and the sides are derived by computation from selected sides termed as baselines.

The direction to the Earth's geographic North Pole.

A set of n coordinates representing a point in n-dimensional space, as defined by a spatial reference system. The British National Grid reference system is 2D only, so coordinate tuples consist of an easting and a northing coordinate

A Land cover/use category consisting of residential, industrial, commercial, and institutional land; construction sites; public administrative sites; railroad yards; cemeteries; airports; golf courses; sanitary landfills; sewage treatment plants; water control structures and spillways; other land used for such purposes; small parks (less than 10 acres) within urban and built-up areas; and highways, railroads, and other transportation facilities if they are surrounded by urban areas. Also included are tracts of less than 10 acres that do not meet the above definition but are completely surrounded by Urban and built-up land. Two size categories are recognized in the NRI: areas of 0.25 acre to 10 acres, and areas of at least 10 acres.

Positional data in the form of coordinates of the ends of line segments, points, text positions and so on.

Lands transitional between terrestrial and aquatic systems where the water table is usually at or near the surface or the land is covered by shallow water. For purposes of this classification wetlands must have one or more of the following three attributes: (1) at least periodically, the land supports predominantly hydrophytes; (2) the substrate is predominantly undrained hydric soil; and (3) the substrate is non-soil and is saturated with water or covered by shallow water at some time during the growing season of each year.