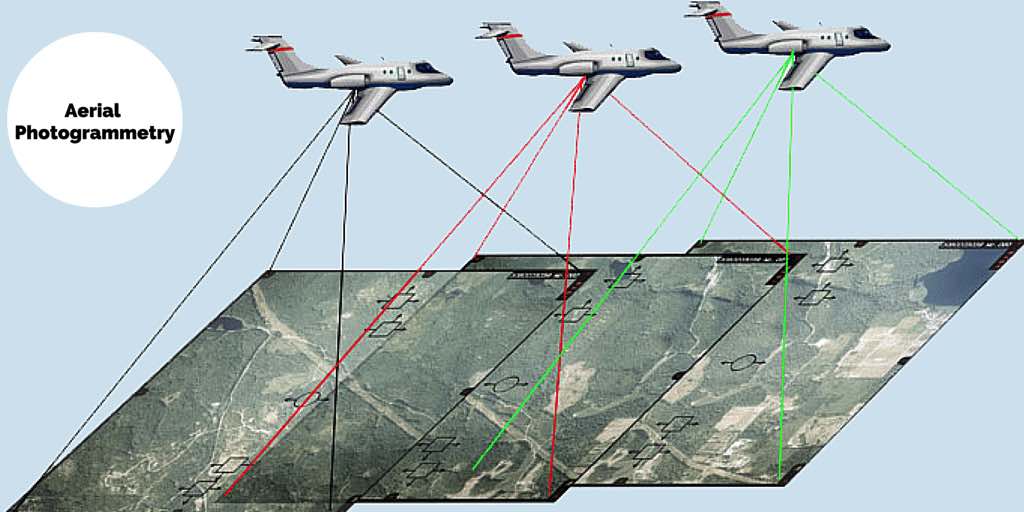 CE and DE = Position of vertical plane of collimation. and

B = Observed vertical angles which the vertical plane of collimation make with base line at C and D.

M = pt to be located, which is shown as ‘m’ in both the photographs.

Watch a Video on How to Apply Terrestrial Photogrammetry Method

Pt ‘M’ may be plotted graphically or analytically.

To determine the level of PT ‘M’

The field work of terrestrial photographic surveying consists of

Types of Survey and Classification of Surveying
Levelling in Engineering Survey