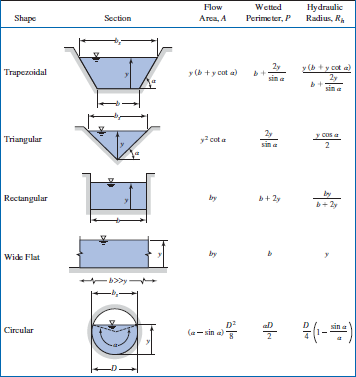 Usually the man made and artificial open channels don't have rectangular cross section. The most common shapes of open channels are circular and trapezoidal.

Open Channels are classified as:

The most common method which is used for the measurement of flow in open channel is to measure the height of the liquid as it passes over an obstruction (a flume or weir) in the open channel. This is usually done by constructing hydraulic structures like weirs, notches and flumes etc Manning approach can be used for flow measurement in open channels.

Methods of Estimation of Consumptive Use of Water