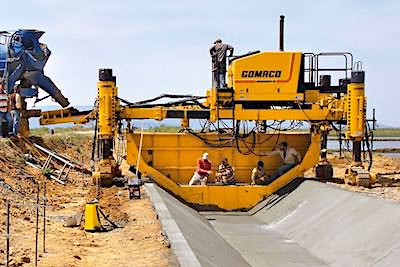 A cross drainage work is a structure carrying the discharge from a natural stream across a canal intercepting the stream. Canal comes across obstructions like rivers, natural drains and other canals. The various types of structures that are built to carry the canal water across the above mentioned obstructions or vice versa are called cross drainage works. It is generally a very costly item and should be avoided by:

Depending upon levels and discharge, it may be of the following types:

the structures that fall under this type are: 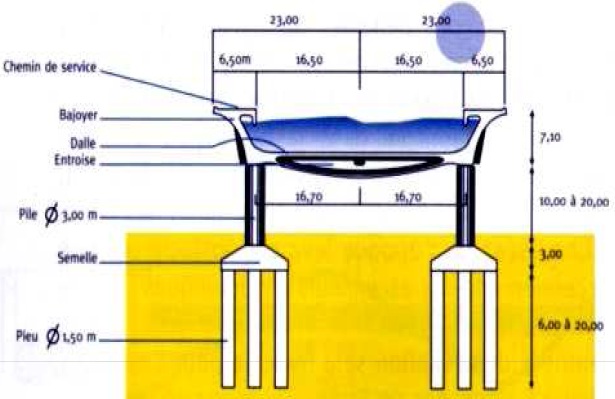 When the HFL of the drain is sufficiently below the bottom of the canal such that the drainage water flows freely under gravity, the structure is known as Aqueduct. 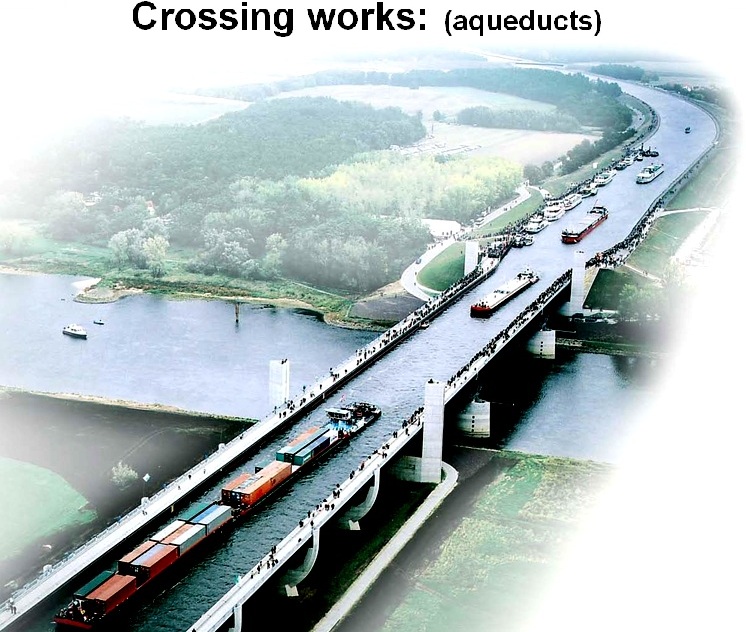 In case of the siphon Aqueduct, the HFL of the drain is much higher above the canal bed, and water runs under siphonic action through the Aqueduct barrels.

The drain bed is generally depressed and provided with pucci floors, on the upstream side, the drainage bed may be joined to the pucca floor either by a vertical drop or by glacis of 3:1. The downstream rising slope should not be steeper than 5:1. When the canal is passed over the drain, the canal remains open for inspection throughout and the damage caused by flood is rare. However during heavy floods, the foundations are susceptible to scour or the waterway of drain may get choked due to debris, tress etc.

The structures that fall under this type are:

Classification of aqueduct and siphon aqueduct

Depending upon the nature of the sides of the aqueduct or siphon aqueduct it may be classified under three headings:

Sides of the aqueduct made of concrete or masonry. Its earthen section of the canal is discontinued and canal water is carried in masonry or concrete trough, canal is generally flumed in this section.