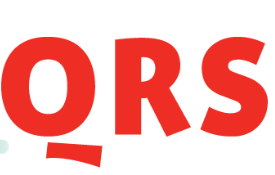 A category of rural transportation areas that includes all operational rail systems and their rights-of-way. Abandoned railroad beds are not included as railroad areas.

A Land cover/use category on which the climax or potential plant cover is composed principally of native grasses, grasslike plants, forbs or shrubs suitable for grazing and browsing, and introduced forage species that are managed like rangeland.

The mathematical and calculated correction made to an aerial photograph to show its true ground position at a consistent scale.

A reduced level is the vertical distance between a survey point and the adopted level datum.

Relative accuracy compares the distance between features measured on the ground to the corresponding information contained in the map data. When measuring between data points represented on the map it is worth noting that some distortion may occur due to the materials and process used to produce the map.

A coordinate pair or triplet measured relative to another point in the coordinate system in which it lies, rather than from the origin. (see also absolute coordinates).

The situation where the supplier holds and manages the customer's data.

A point within a polygon that can be used to carry the attributes of the whole polygon e.g. owner or land use type. Also called area seed, peg point, point label, polygon point, polygon seed. Representative points are not included in OS MasterMap data.

The complete survey of detail based directly on National Grid control (OSGB36). It may be completed wholly on the ground or by a combination of aerial and ground survey methods.

A straight line connecting two points on the earth's surface which cuts all meridians at the same angle. The line maintains a constant bearing.

The Resource Information Management Environment provides for the storage, management and dissemination of extensible digital topographic data held within the Department of Environment and Resource Management. It is a seamless, multi-scale environment covering Queensland.

All wetland and deepwater habitats contained within a channel, with two exceptions:

An implied and imaginary line depicting the centre of a road carriageway (represented by FC0098 in Land-Line in NTF or G8010098 in Land-Line in DXF). They are not specifically surveyed or precisely positioned within the data. They are digitised to fall between curb lines, but will nit necessarily fall equidistantly between them.

A rod is essentially a stick with precise markings on it. A variety of rods are available, which have specialized markings for various tasks. Refer to a surveying text for more detail. The most commonly used rod is the Philadelphia rod, which is marked in feet, tenths, and hundredths. With care, and a vernier attachment, readings can be obtained to the thousandth of a foot. Feet are typically marked with large, red numerals, with tenths marked with smaller, black numerals. Each bar is 0.01 ft wide. The longer sides of the pointed bars mark multiples of 0.05 ft.

Movement of a vector through an angle. Router In a message switching system, the portion of a node or exchange that examines incoming messages, interprets the address information and determines which of the outgoing links can be used. Usually a computer program that chooses messages from incoming buffers and places them into outgoing message queues.

A run is the levelling between two or more points measured in one direction only. The outward run is from known to unknown points and the return run is the check levelling in the opposite direction.

A Land cover/use subcategory under Barren land. A sand area with less than 5 percent vegetative cover. An accumulation of loose sand heaped by the wind, commonly found along low-lying seashores above high-tide level, more rarely on the border of large lakes or river valleys, as well as in various desert regions, where there is abundant dry surface sand during some part of the year.

The Survey Control Database is a computerised record of the State's geodetic survey control data. Surveyors place and connect to these survey control points. The geodetic network provides a spatial reference framework for all surveys.

Runs were subdivided into selections for farming, agriculture and grazing homesteads. After a period of yearly rental payments, the selector could often obtain freehold ownership.

A set-up refers the position of a level or other instrument at the time in which a number of observations are made without mooring the instrument. The first observation is made to the known point and is termed a backsight; the last observation is to the final point or the next to be measured on the run, and all other points are intermediates.

The distance from the point of origin of overland flow to the point where either the slope gradient decreases enough that deposition begins, or the runoff water enters a well-defined channel that may be part of a drainage network or a constructed channel. For the NRI, length of slope is taken through the sample point.

SmartMap Information Services is an electronic application that accesses, integrates and delivers (through the SmartMap interface) data available from many land-related datasets. These include ATS, DCDB, CISP, PLI, SCDB, Place Names and Aerial Photography Databases.

Data that has a geographical reference to a location on the earth's surface. This includes latitude and longitude co-ordinates, street address and lot number on plan.

The placement of markers on a site to identify certain locations (such as the corners of a building, the right-of-way of a road, the extent of the slope faces of a dam, etc.) with corresponding information (such as cut or fill for earthmoving) is the process of staking out a project. It is the transferal of information from the plan to the actual site --- in a manner that the work crews will understand and use. It is therefore very important that the information be as simple and as clear as possible.

A flow of water in a channel or bed, as a brook, rivulet, or small river.

The term station refers to a point on a baseline that is at a known distance from a starting/reference point. The starting point is usually referenced as 0 + 00, but there are occasions where another value might be assigned. It is generally desirable to have all stations noted by positive numbers, since negative stations often lead to confusion of interpretation. Full stations are at integer multiples of some base distance - usually 100 feet or 100 meters. The numeral to the left of the "+" indicates the multiples of the base distance and the numeral on the right indicates numbers less than the base distance.

For example, if the starting point was designated 0+00, a point 375.62 feet away (following the baseline) would be noted as 3+75.62. The term "station" is also used more loosely to indicate any point used in a survey, such as benchmarks and turning points. As in so many aspects of language, context is important.

Posts used on corners of large rural size blocks of land or town section corners. They were sharpened to a point, buried in the ground and exposed approximately 3'6" out of the ground.