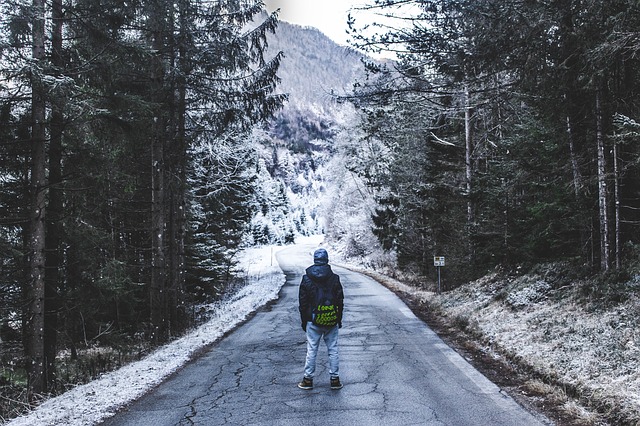 Following are the types of distresses found in roads:

Cracks which follow a course predominantly parallel to the pavement center line and are located at or near the center of the wheel path.

Cracks which occur along or in the immediate adjacent vicinity (i.e. +/- 300 mm) of the longitudinal center or lane line pavement joint.

Cracks that are predominantly perpendicular to the pavement centre line and may extend fully or partially across the roadway.

Longitudinal cracks which wander from edge to edge of the pavement or run parallel to the centre line, situated near the middle of the lane. Meandering longitudinal cracks are usually single cracks, but secondary cracks can develop in areas where transverse cracks also exist.

Cracks which form a network of multi-sided blocks resembling the skin of an alligator. Block size can range in size which indicates the depth of failure taking place. The pattern of cracking is usually longitudinal, originating in the wheel paths, but can occur transversely due to frost heaves or settlement and also along the centre line on narrow two lane roads.

Longitudinal depressions left in the wheel paths after repeated loadings, combined with sideways shoving of the pavement material.

Longitudinal displacement of a localized area of the pavement surface generally caused by braking or accelerating vehicles and usually located on hills, curves or intersections.

Any deviation of the pavement surface from its original shape other than that described for shoving and rutting. Generally, distortions result from settlement, slope failure, volume changes due to moisture changes and to frost heaving, and from residual effects of frost heaving accumulating after each season.

Excess bituminous binder on the pavement surface can create a shiny, glass-like, reflective surface that may be tacky to the touch. Bleeding quite often occurs in the wheel paths.

The progressive loss of the pavement material (both aggregate particles and bituminous binder) from the surface downward, leaving a rough surface, vulnerable to weather deterioration.

Longitudinal profile roughness measurements are collected for each wheel path on a continuous basis using a laser profiler that conforms to the FHWA Class II Profiler Specification. The data is collected continuously, and reported at 50 meter averaged intervals, as per the International Roughness Index (IRI) protocols.

Bowl-shaped holes of various sizes in the pavement surface.