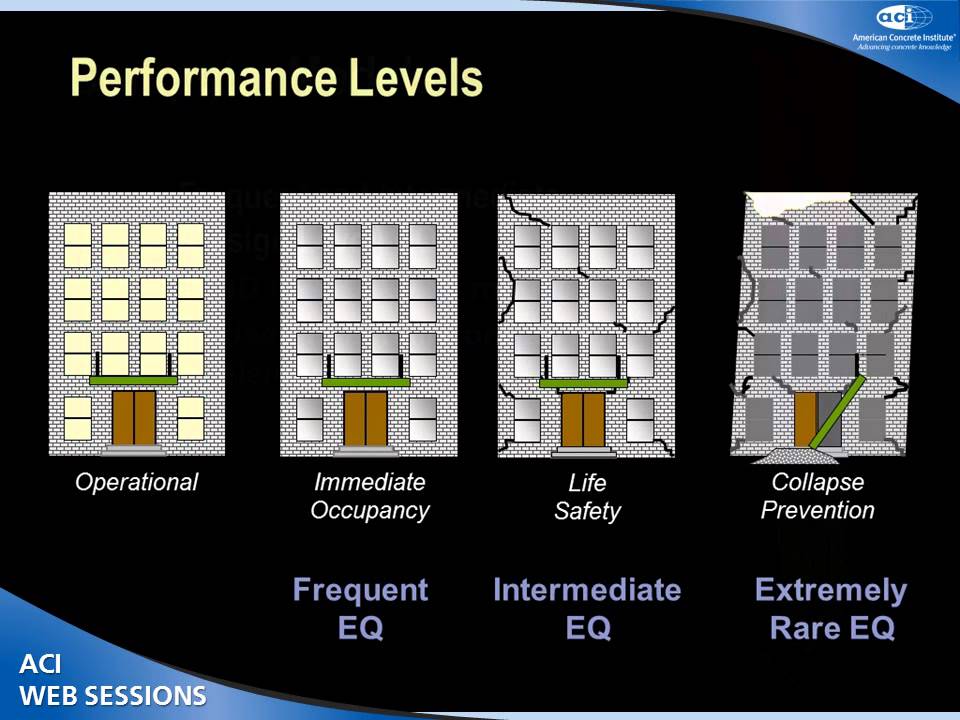 Earthquake resistance is the ability of the structure to withstand earthquakes. These structures perform better during the earthquakes and give sufficient time to its dwellers to evacuate the building, besides saving lives, reducing injuries and lowering the damages of the earthquake. These structures are intended to withstand the largest earthquake of a certain probability that is likely to occur at their location. This means the loss of life should be minimized by preventing collapse of the buildings for rare (big) earthquakes while the loss of functionality should be limited for more frequent (smaller) ones. (Structural Engineers Association of California, 1996)

The basic principles of design and detailing of earthquakes resistant structures are to achieve strength, ductile behavior and maintain structural integrity. The primary requirement is 'prevention of catastrophic collapse of buildings or their components'. It is also the intention of the codes of practice to achieve this in relatively simple and cost effective manner.

The level of resistance aimed for in earthquake resistant design is based on the concept of 'acceptable risk', with the following objectives;

The seismic design is based on the knowledge of soil conditions as well as the application of construction techniques, methods and criteria used for the design and construction of building structures exposed to earthquakes (Lindeburg & Baradar, 2001). The design of structure which blindly follows some seismic code regulation is not likely to assure the survivability from serious damage or collapse. (Gotz et al., 1989) Poor seismic design of building structure may lead to collapse or destruction. Seismic design provides the building with suitable stiffness, strength, configuration and ductility. It ensures that building structures are designed and constructed in such a way that full collapse is prevented and allows sufficient time to the dwellers to escape the building during earthquakes.

Unreinforced masonry buildings suffered the most damages because of the fact that they are not designed for seismic loads and lack detailing to transfer seismic forces from the structure to the foundation. Furthermore, these structures are not capable of dissipating energy through large inelastic deformations during an earthquake (i.e. non-ductile).

During an earthquake, the ground surface moves in all directions. The most damaging effects on buildings are caused by lateral movements of the ground which applies a horizontal force on the structure, causing it to topple or to collapse sideways. When the ground shakes moderately, unconfined walls are pushed sideways and therefore develop cracks but when the ground shakes violently, unconfined masonry walls collapse bringing down the roof, either partly or fully. Since buildings are normally constructed to resist gravity, many traditional systems of construction are not inherently resistant to horizontal forces. Thus, designing an earthquake resistant building consists largely of bracing a building against sideways movement. (UNESCO, 2008)