It was along the Indus in Pakistan, the Tigris and Euphrates in Mesopotamia, the Hwang Ho in China, and the Nile in Egypt that the first hydraulic engineers created canals, levees, dams, subsurface water conduits, and wells as early as 5000-6000 years ago. Advances in the 18th century included the Bernoulli piezometer and Bernoulli's equation, by Daniel Bernoulli, the Pitot tube. The 19th century saw development in groundwater hydrology, including Darcy's law, the Dupuit-Thiem well formula, and Hagen-Poiseuille's capillary flow equation.

Jacqui (1987) traced the history of hydrology to ancient China and postulated three stages of the development of the study of hydrology.

Stages in the History and origin of Hydrology 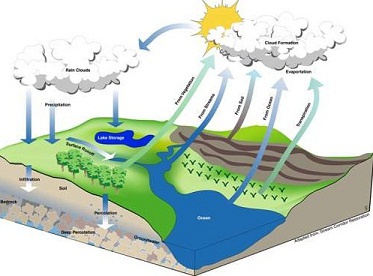 Establishment of hydrological cycle and concept of water balance

Design of control structures and quantitative analysis of hydrological phenomena.

Development of hydrology according to history

Methods of Measurement of Evaporation