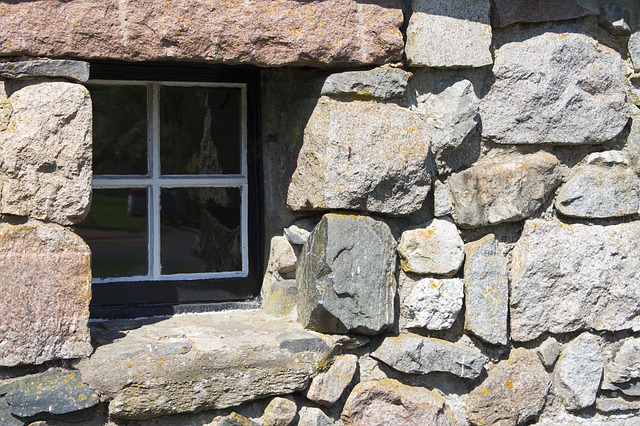 Rocks normally consist of several minerals, some essential, some accessory. A rock may be thought of as a "mineral environment." Each rock type was formed under certain specific conditions, resulting in the formation of a fairly predictable group of minerals. Rocks fall into three classes according to their origin: Igneous - Sedimentary - Metamorphic

Following are some rocks / stones / minerals used in building construction in Civil Engineering:

A sedimentary rock, formed from decayed plants, is mainly used in power plants to make electricity.

A sedimentary rock, it is used mainly in the manufacture of Portland cement, the production of lime, manufacture of paper, petrochemicals, insecticides, linoleum, fiberglass, glass, carpet backing and as the coating on many types of chewing gum.

A sedimentary rock, well stratified in thin beds. It splits unevenly more or less parallel to bedding plane and may contain fossils. It can be a component of bricks and cement.

A sedimentary rock more or less rounded. Generally thick-bedded, varicolored, rough feel due to uneven surface produced by breaking around the grains. Used principally for construction, it is easy to work, the red-brown sandstone of Triassic age, better known as "brownstone," has been used in many eastern cities.

An igneous-plutonic rock, medium to coarse-grained that is high in silica, potassium, sodium and quartz but low in calcium, iron and magnesium. It is widely used for architectural construction, ornamental stone and monuments.

An igneous-volcanic rock, it is a porous, brittle variety of rhyolite and is light enough to float. It is formed when magma of granite composition erupts at the earth’s surface or intrudes the crust at shallow depths. It is used as an abrasive material in hand soaps, emery boards, etc.

An igneous volcanic rock, dark gray to black, it is the volcanic equivalent of plutonic gabbro and is rich in ferromagnesian minerals. Basalt can be used in aggregate.

A metamorphic uneven-granular, medium to coarse grained, crystalline with prominent parallel mineral orientation. Goes from silvery white to all shades of gray with yellow to brown tones depending on the mineral concentration. Some schists have graphite and some are used as building stones.

A metamorphic uneven granular medium to coarse grained crystalline with more or less parallel mineral orientation. Colors are too variable to be of diagnostic value. Due to physical and chemical similarity between many gneisses and plutonic igneous rocks some are used as building stones and other structural purposes.

A metamorphic even-granular grain to medium grained and may be uneven granular and coarse grained in calc-silicate rock. The normal color is white but accessory minerals act as coloring agents and may produce a variety of colors. Depending upon its purity, texture, color and marbled pattern it is quarried for use as dimension stone for statuary, architectural and ornamental purposes. Dolomite rich marble may be a source for magnesium and is used as an ingredient in the manufacture of refracting materials.

Chemical and Physical Composition of Bitumen

Classification and Methods of Sawing Timber

Definition and Properties of Emulsified Asphalt

Applications of Bitumen in Civil Engineering

Role of Materials in Construction | FUNCTIONAL REQUIREMENTS OF BUILDINGS