The development of Roller Compacted Concrete (RCC) caused a major shift in the construction practice of mass concrete dams and locks. The traditional method of placing, compacting, and consolidating mass concrete is at best a slow process. Improvements in earth-moving equipment made the construction of earth and rock-filled dams speedier and, therefore, more cost-effective.

The first successful application of RCC technology was demonstrated in 1974. The repair of the collapsed intake tunnel of Tarbela Dam proved that the material had more than adequate strength and durability. The maximum placement of 18,000 m3 of RCC in one day, which is still the world’s record, was a clear evidence of the potential of this new construction method. 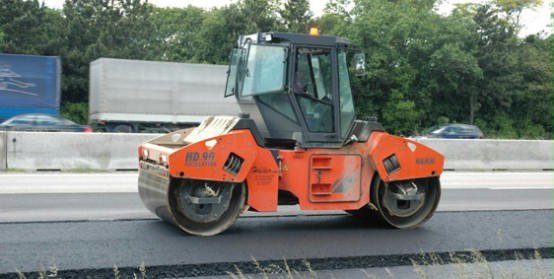 ACI 207.5R-89 defines roller compacted concrete (RCC) as concrete compacted by roller compaction. The concrete mixture in its unhardened state must support a roller while being compacted. Thus RCC differs from conventional concrete principally in its consistency requirement. For effective consolidation, the concrete mixture must be dry enough to prevent sinking of the vibratory roller equipment but wet enough to permit adequate distribution of the binder mortar in concrete during the mixing and vibratory compaction operations.

RCC is a zero-slump concrete whose properties are strongly dependent on the mixture proportions and on the quality of compaction. Concrete is consolidated in the field using vibrating rollers. Despite extensive research on this subject, there is as yet no unanimously accepted methodology to simulate the field condition in preparing laboratory samples.