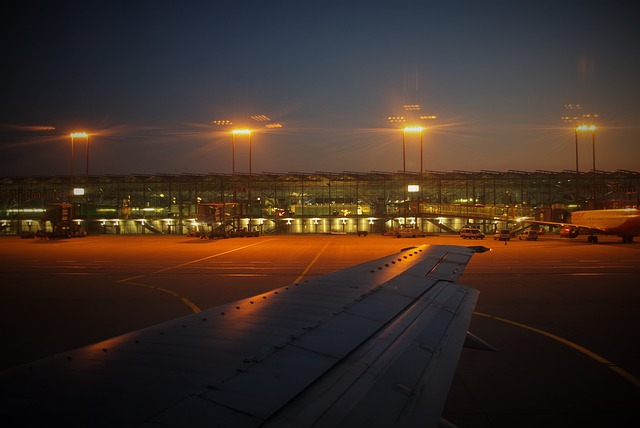 It involves the design and construction of facilities for the landing, take off, movement of aircraft on the ground, parking of aeroplanes on loading aprons, maintenance and repairs of areas, access roads from the city side to airport, and handling of passengers, baggage and freight.

General term which include glider, aeroplane, helicopter, rocket etc. It may be lighter or heaver than air. It may or may not be power driven. Aeroplane is a power driven and heavier than air flying machine.

It is an aerodrome (area used for arrival or departure of an aircraft) which is principally intended for the use of commercial services. It is provided with customs facility, including other normal facilities if it serves international traffic.

It is an area which is used for landing and take off of aircraft. It may or may not be provided with facilities for convenience of passengers and for shelters, repair and servicing of aircraft.

It provides space for airline operations, office for airport management and provide facilities like rest room, restaurant etc for passengers.

Types of Road Patterns & Its Importance