In meteorology, precipitation is any product of the condensation of atmospheric water vapor that falls under gravity. The main forms of precipitation include drizzle, rain, sleet, snow, graupel and hail. Precipitation occurs when a portion of the atmosphere becomes saturated with water vapor, so that the water condenses and "precipitates". Thus, fog and mist are not precipitation but suspensions, because the water vapor does not condense sufficiently to precipitate. Two processes, possibly acting together, can lead to air becoming saturated: cooling the air or adding water vapor to the air. Precipitation forms as smaller droplets coalesce via collision with other rain drops or ice crystals within a cloud. Short, intense periods of rain in scattered locations are called "showers."

Types of Air Masses and Fronts

If the surface is warm and moist, air in the region becomes warm and moist also. If the air then moves to different regions it takes these properties along, gradually changing in response to the new area. Air masses are designated as cold or warm and moist or dry. It is a boundary between two air masses. The term has its origins analog to military operations as the
Precipitation, Types of, Hydrology
By Haseeb Jamal - Aug 25, 2017

Sources of Error in Measuring Precipitation

Some water is used to wet the surface of instrument. The rain recorded may be less than the actual rainfall due to the direction of the rainfall as affected by wind. Dents in the collector and tube may also cause error.
Precipitation, Types of, Hydrology
By Haseeb Jamal - Jun 09, 2017

Types of Precipitation Based on Lifting Mechanism

Although moisture is always present in the atmosphere but it is condensed only when air is cooled and saturated with some water vapors. Usually mechanism by which air is cooled to cause precipitation is the lifting of air mass. Precipitation is often classified according to the factor responsible for lifting of air to higher altitudes. Following are the various types of
Factors Affecting, Precipitation, Processes, Hydrology
By Haseeb Jamal - Apr 26, 2017

It is defined as the fall of moisture from the atmosphere to the earth surface in any physical form. Usually precipitation is in two forms: Liquid - rainfall Solid Precipitation
Definition, How To, Notes, Precipitation, Hydrology
By Haseeb Jamal - Mar 03, 2017

Precipitation takes place when a body of moisture cools sufficiently for it to become saturated in water droplets and ice crystals, upon condensation. Air may be cooled in a number of ways i.e. By meeting of air masses of different temperature. By coming into contact with a cold object such as ground (mountains). The most important mechanism is uplift of air, as air
Ground Water, How To, Notes, Precipitation, Hydrology
By Haseeb Jamal - Mar 03, 2017

How to Measure Rainfall / Precipitation 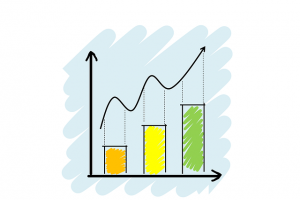 Some precipitation stations may have short breaks in the records because of absence of the observer or because of instrumental failures. It is often necessary to estimate this missing record.
Factors Affecting, Precipitation, Types of, Hydrology
By Haseeb Jamal - Jan 22, 2017

Many precipitation stations have short breaks in their records because of absence of the observers or instrumental failure. It is must to estimate this missing record. The following method is adjusted for estimating this missing rainfall data.